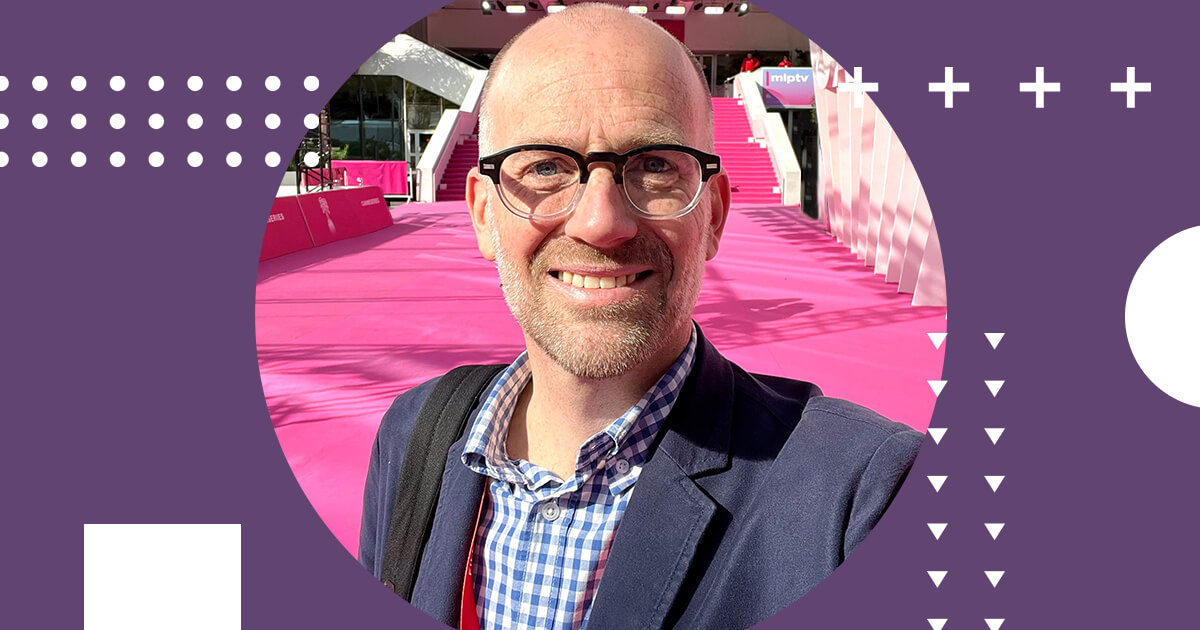 Conrad is the Senior Director of Content Acquisition at Stingray. He takes great pleasure in bringing the company’s viewers and subscribers the best of what the industry has to offer. He spends his days restlessly leading long negotiations, which culminate in exciting deals. He oversees the process of sourcing new music documentaries and live concerts, movies from studios, relaxing slow-TV content for Stingray’s Naturescape service, and audio content – yes, that includes Karaoke! Conrad has been working in the entertainment industry for many years and has built up not only a wide professional network but also a personal one with the many friends he has made in the industry.

How did you end up at Stingray?

I’ve been working in the global entertainment industry for the past 21 years. Before coming to Stingray, I worked in film/TV and music distribution when it was all CDs, DVDs, and even some VHS tapes. I moved into the digital space around 2007, when MP3s and iTunes took off. I worked in New York for two years, for the likes of Sony Music, NBCU, and Marvel. I’d always kept an eye on Stingray since they first appeared with their Karaoke Channel VOD service. Toward the end of 2010 I was looking for a change and reached out to Stingray’s president, Eric, and pushed my way through the door for a meeting. And the rest is history.

How long have you been working at Stingray?

What is your role?

I am in charge of content acquisition and content partnerships for Stingray – particularly the audio-visual products, such as our on-demand and linear TV channels. My team’s mission is to source the best content and programming for our services. We work with over 200 producers, music labels, studios, production companies, live streaming partners, and film distribution companies worldwide. When I first joined, we only had a handful of services and distribution platforms to source content for, now we have more than 75…

What is the most exciting part of your job?

Everything, to be honest. Having worked in this industry for so long, it feels extremely rewarding to still be working with contacts I met 20 years ago when I attended my first trade conference. It is also exciting to see how much music, film and television has changed in terms of content, technology, distribution, and opportunities. With streaming taking off, due to everyone staying at home because of the pandemic, it is an even more dynamic moving industry to be a part of. I feel very fortunate to have as much legacy experience as I do, as that certainly helps connecting the dots. Technology has moved very fast in this space, yet areas such as the legal side, distribution rights and copyright law have mostly remained the same, or are trying to catch up, which is quite interesting.

What does your workday consist of?

Much of my work is spent in contracts, negotiations, and financial matters. This may sound less glamorous to some, but I have always loved it. For one exciting documentary about a musician there could be pages of contracts, hundreds of emails, and lots of back-and-forth. Sometimes it takes months or even a year until a deal is finalized. It always feels great to get deals over the finishing line.

What accomplishments or events in your life have shaped who you are and where you are?

My industry network and experience are most likely the biggest assets I can draw on now. I remember that when I first started in the industry, I knew nobody. And yet, I had to get out there and make those connections, which were mostly in person back then. However, with websites like LinkedIn, online seminars, and conferences, there has never been a better time than the present to reach out to a potential partner, employer, or even a mentor or advisor. My advice would be that building and nourishing a good professional network is perhaps the best thing anyone entering a new industry can do. And if you are already established in an industry, there is no excuse not to build and maintain a healthy and active professional network.

Most of my industry network has also become my personal network, with friendships created over the years. I’ve met people from across the world for a business deal and ten years later I’m invited to their wedding or their children’s graduation. The entertainment industry is a very welcoming and friendly one. I’m not actually sure I know anyone who has left the industry!

How would you describe your music taste in one sentence?

I think most people would be surprised to hear that I don’t listen to music much – perhaps some classical music, or music from my youth, in the car. These days I’m more likely to listen to podcasts and audiobooks.

If you could have dinner with a musician – dead or alive – who would it be?

Jimmy Page from Led Zeppelin. My mother dated him while at school in England, and her hand-written diaries refer to “James Page” in the classroom. I always wondered what would have happened if they married, and whether I would’ve ended up as the son of a rock star in a reality TV show like “The Osbournes”. So, it would be quite curious to have dinner with him.

What is an exciting thing that has happened during your time working at Stingray?

So many things to recall… However, still having the opportunity to learn every single day after 11 years is perhaps one of them. Not a day goes by at Stingray, or more generally in the industry, where there isn’t a chance to learn something new, or to expand my knowledge of some topic.

Interestingly, every single industry is going through tremendous change right now with new trends, developments, and entrants. So whatever industry you work in, change is happening. Keep up!

Do you have any good stories from your time here that illustrate the “vibe”?

After 11 years I have so many good memories of working with the team at Stingray. They really are a great group of global people who are passionate, fun and keen to work together, no matter how hard the challenge is. That’s one of the company’s main strengths; its people and the energy and friends that are formed and forged. The global nature of the company is also something that stands out at Stingray. For many meetings there can be several employees from different countries and time zones attending, all working towards the same goal. It’s a great international mix.