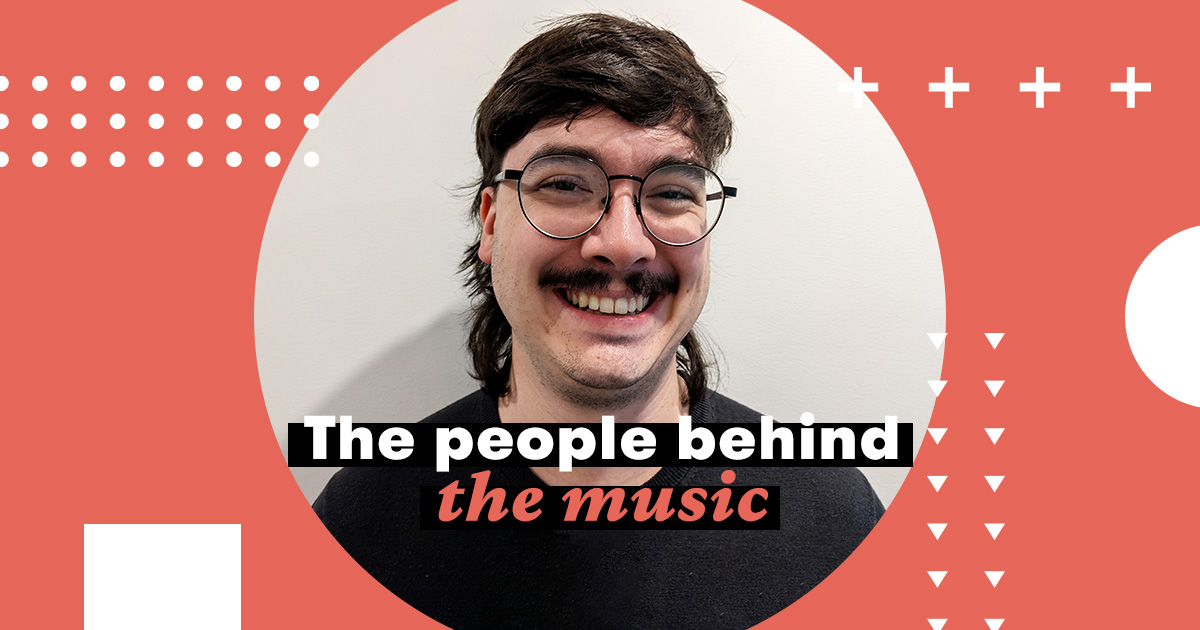 Could you begin by telling me about how you ended up at Stingray?

I studied software engineering at Sherbrooke University. And there, you get to do five internships, one of which was back-to-back, so I got to try four different companies. At the start I knew nothing, and then during my fifth internship at Stingray I got a job offer.

I had one semester left to finish my degree. I completed it even though I wanted to start working. I did an internship in the broadcast team, where we do software development for everything that is broadcast. I started with TV. Then, since the Internet is getting massive, we shifted to TV channels on the Internet. At first, the team got bigger, and then it split into two groups: one responsible for TV, and the other for the Internet. So now I’m working in broadcasting, but the team is specifically for over-the-top (OTT) channels on the Internet.

How many years have you been working at Stingray?

I feel that at Stingray, when you start an internship, you go through the same process as a new employee. You’re in all the meetings, your input is heard and appreciated. It allows the team to question the way they do things, as sometimes there’s a much more effective way.

Whenever a new intern joins, it really brings a wave of freshness to the team.

Is there a project you’ve been part of that you found especially exciting or motivating?

There are hackathons, which have taken place once a year for the past two or three years. They’re always incredible to see. This year I worked with a team on creating a different way to insert ads into OTT channels. Basically, the OTT channels are just a big sequence – a playlist – of songs and video. In between two of those songs, our ad server inserts an ad. That’s how we usually do ads. But there’s also a way to do it with what’s called an ‘overlay ad’: a banner at the bottom. Or we do a squeeze operation, where you take the video and you kind of squish it to take only two thirds of the screen. We created that in two days in a team of five people. It was a little web interface where you just click on a button. A hackathon is really exciting to do, because you don’t do the usual tests. And in the end, you know it works. It does the thing it’s supposed to. Probably if you don’t click the button the right way, or if something goes slightly wrong, it completely explodes… But that’s part of the fun of such projects.

Do you miss being at the office?

It’s not the office that I miss the most, but the people. Not only my team, but also other people who are always just so friendly! I’ve been to other companies where you need to be careful what you say and watch out not to get in people’s way. Stingray is not that like. You just eat a bagel next to someone who’s probably making 10 times what you make a year.

It gives you drive, and it motivates you. When you’re making yourself a coffee downstairs and you see someone from another team, you can just talk to them about a project. That’s how I learned most of what I know. And then in a big meeting later it’s easier to know what everyone is doing and how you can contribute.

How is it to work in an IT department in the music industry? Is there anything special about it?

For sure. The creative section of the office is always… I want to say “chaotic”, but in a good way. There’s a multitude of posters and there’s stuff everywhere. There’s always either music, somebody playing a guitar, or a big discussion happening.

Have you discovered any new musical favorites while working at Stingray?

Strangely, even though I’m directly working in the music tech, it doesn’t happen often. I listen to music to answer questions like, “Is it working? Are audio and video synchronized? Are there any glitches? Is the quality good? Is it stereo?”. Occasionally, when it’s a really good concert, I get drawn in and listen to it. Then I’ll be like, oh, it’s been 15 minutes.

But sometimes, an artist comes into the office to do an interview and give a concert. Everybody gathers downstairs and listens. I discovered many artists from Montreal and Quebec through those impromptu concerts. Seeing someone live is a strange but nice way to discover an artist. Usually when you buy tickets to see an artist live, it’s because you really like the artist. So, seeing a random concert is a unique experience – unless you’re doing concert roulette and buy tickets randomly.